I'm Harry. I'm doing a PhD at the University of Edinburgh, and this blog is about my research.

I did an undergrad degree in physics, but now I study forests, and here's why.

The climate is changing, at a pace that is putting life on Earth (including us) under pressure. The climate is changing because humans have put a lot of carbon dioxide into the atmosphere. Not all of the CO2 that we have produced has ended up in the atmosphere, though. A lot of it (let's say half) has been absorbed by the world's oceans and forests.

If, then, we are to properly understand climate change, we need to know about what forests are doing. Furthermore, if we are to try and take some control over global temperatures, we probably need to protect those forests from being cut down.

In the tropics, we know that a lot of forests are being cut down, and that much is fairly obvious from satellite imagery. But we also know that in many areas, a few large trees are felled whilst the rest are left behind. This is degradation and it is much harder to spot.

I'm part of a team called FODEX- Forest Degradation Experiment. Our experiment is essentially this: we are using laser scanners to accurately measure how much wood is in an area of trees before and after logging (these areas were already earmarked, so we aren't causing any additional logging). We then look at satellite data from before and after the logging, and see if there is a good relationship between the satellite data and how much wood was lost. As well as degradation, my work will look at how the forest recovers after the logging (regrowth), and whether we can also detect that from satellite data.

If we are able to reliably detect degradation and regrowth from satellite data, then we will be able to produce maps across the tropics of how the forests are changing. Hopefully, this will help to protect tropical forests by making it possible to spot illegal logging, as well as giving us a better idea of their role in climate change.

My PhD is funded by a European Research Council (ERC) grant to my supervisor, Ed Mitchard. This, however, is my personal blog, so all opinions are my own and not those of the University of Edinburgh, the ERC, or any other members of the FODEX team. Thanks for reading! 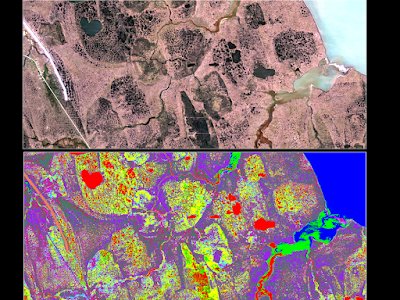 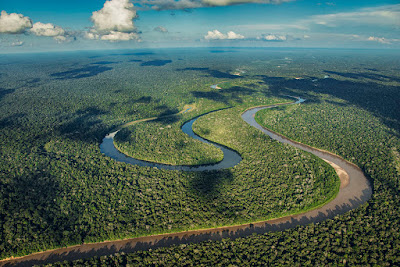 The Myth of the Pristine Forest